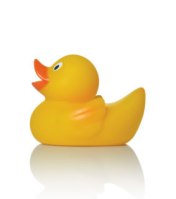 I’ve been home now for almost three weeks after being taken off of work early due to pre-labor symptoms. My midwife thought that if I didn’t have the stress of work, then my contractions, cramping, and trouble breathing would subside. I thought it would, too. Then, I met my toddler.
Let me preface this by saying that it has been my DREAM to be at home with my beautiful 18-month-old since I had to go back to work full time + when she was only 6-weeks-old. I never stopped crying, and though things got easier over the next year, having someone else take care of her has been the hardest and most depressing thing I’ve ever gone though. So really, even if I can’t work thanks to health reasons, I’m at home with my daughter now and that thrills the socks off of me!

So Day One came. Yes, I’m very pregnant. Yes, my house is a complete disaster because I’m never home long enough to clean it up other than the essentials. And yes, our kitchen is torn out and so all three of us are sleeping in our nursery as the rest of our rooms hold kitchen cabinets, dishes, and all of our bedroom contents. All of this was okay, though. We slept in (until 8am which was a big change from 6:15am!), ate our breakfast on the couch, and I even washed all of our dirty dishes in the bathroom sink and had them drying on a clean towel on the floor next to the bathtub which I had just scrubbed and sanitized (toys and shower walls included) the night before.

Things were going well and I wasn’t too exhausted yet, so I decided to attempt giving LoveBug a bath (not easy with this belly of mine). I managed with difficulty to wash her hair and had just finished rinsing it when I noticed something coming out of her bottom. You’ve got it, my daughter decided to poo in the bathtub. It was a lot (seriously a lot), and it began to spread. I grabbed her out and put her next to me while I tried to quickly scoop any solids I could get into a bucket and then into the toilet. In the meantime, I have a dripping wet toddler next to me who wants to get back in, and a towel thrown over the dishes in an attempt to protect them as I dripped water across them.

Then my daughter decides to pee all over my leg and the floor where she’s standing. How she managed to not just do this while she was otherwise relieving herself surrounded by floating ducks and boats, I don’t know. So there I am, huffing and puffing, pregnant belly, clean dishes on the floor, dripping wet toddler…all in front of a bathtub now ridden with bacteria, bath toys, and a sippy cup that I foolishly allowed my daughter to play with in the tub for the first time in her life. *sigh*

Somehow, I managed to only spend the next half hour to hour re-cleaning and sanitizing everything in the tub again. Thankfully, my daughter only had to pee once more during all of this and so my leg was left wet but not dripping by the time we could escape the bathroom. When it was all said and done, though, I got to sit on my couch with a naked toddler, smothered in little kisses and nose rubs, and met with the biggest and beautiful-est of smiles.

I wouldn’t trade this for the world.

I love you, LoveBug, and I’m glad to be your mama…even if I have to scoop out the bathtub water.

3 thoughts on “My First Day As A SAHM”